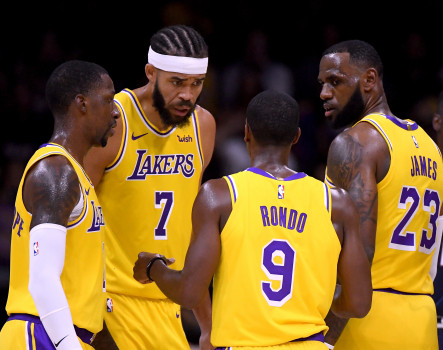 The art of deception

Sometimes players deceive us, some are better at it than others. One player, in particular, has made a career out of it.

I broke my rule this past week.

I know nothing serious or life-altering right? Now you’re thinking I’m one of those guys that has life under control, wakes up at 6 am, reads a book every day, and flosses routinely?

But I know enough to know, that fighting with people online is a complete and utter waste of my time. Why? Because they never give in, they never admit defeat, the same way a Jehovah’s witness will never walk away from an argument.

That’s why, when I see my mom post a comment on Facebook I hold my breath a little, wince a bit, hope that no one cusses at her, mocks her, or shows disgust for her opinion. Because my poor little mother is naive, innocent, She hasn’t got a clue what the real internet is like. And I don’t want her too.

What happened last week was a combination of me being both unemployed and bored.

The guy’s comment on YouTube read this: “Rajon Rondo is a hall of Famer.” Now Initially I was nice about it, my first reply was “Rondo can’t be in the hall of fame since he’s spent most of his prime playing for a different team every year.” And from there it just turned into a shouting match. I got hit with the classic “ you don’t know shit about basketball!” line. I mean ouch that one really hurt.

Then I got double teamed by some guy, who for the life of him could not put a proper sentence together without short forming every single word. “GTFO! Rondo dnt deserve diss idc wht u think rondo carried dem boys in 08.”

And that was it I was done, no more! Like why bother after that? It’s pointless! Perhaps the Filipinos will come to my defence, they seem to always be up for a good old YouTube debate. Oh, wait nevermind this wasn’t a video on the Warriors.

After some reconciling with myself I came to the conclusion that Rondo would have to have killed it during his Boston days to even be considered a candidate. Because really how many Hall of Famer’s do you know, have bounced around as much as Rondo has during their prime? The only player I can think of is  Derrick Rose and he’s not even a lock to make it. Rose is a former NBA MVP and is, by all means, better than Rondo is now, let alone 10 years ago.

For Rondo’s career, he averages 10,4 and 8. To me, those numbers scream more Lonzo Ball than they do future Hall of Famer. Rondo fans will counter his statistics by saying that Rondo’s numbers are not indicative of who he truly is. They’ll say things like “you have to watch him play, he’s a leader, he runs the offence.”

But truthfully that’s not entirely accurate, Rondo was never a good leader. In Boston, he bumped heads with KG and Pierce, clashed with Doc Rivers and even stopped passing to Ray Allen according to Ray himself. In Dallas, it was more of the same mostly battling with Rick Carlisle and even going as far as quitting on them during the playoffs. His problems followed him on his next stop in Sacramento where he rifted with George Karl and threw his teammates under the bus.

Now I will admit Rondo has matured and gotten better as a leader, as he’s gotten older, but ask yourself this. “How many 10 year veterans in the NBA are not good teammates?” I can’t think of any. Rondo doesn’t deserve to be patted on the head for not screwing things up, it should be expected of him.

During his Boston years, I always thought Rondo was overrated. It’s not a coincidence that his career diminished once the big three grew old. I think Rondo fooled Doc with his flashy passing, and basketball IQ into believing that the offence should run through him. Doc obliged and proceeded to hand Rondo the keys, putting little to no restrictions on what he could or couldn’t do. Rondo would hold and hold the ball on offence then quickly whip a pass to someone before the shot clock expired.

Honestly, that’s what I saw when I watched him at his peak. I can remember in 2008 and 2009 the Celtics offence looked totally different. Doc gave Ray Allen the freedom to do more than just come off of screens. But after Kevin’s injury in 2009, I think Doc thought he could take less strain off of his older players if he got Rondo more involved in the offence. Pierce and Garnett would do the occasional pick and roll, but it was mostly the Rajon Rondo show.

It’s crazy to me how athletes can deceive us so much. An average running back can look great with a good offensive line, a bad coach can look formidable with good players. Heck even I could look good if I had a good editor (actually I need to get one first.)

Rondo was like a magician waving his wand to the masses. Deep down we all know it isn’t real, but there’s a part inside of us that wants to believe in magic. It’s captivating, dangerous and entertaining that’s why sometimes we don’t want to know how the magician really does his trick. We don’t want to investigate it, unveil the curtain and find out what’s really going on. We want to live in our own world, a world free of judgement and disappointment, a world where trading Chris Paul for Rajon Rondo is completely justified. But sadly only one of those players is a future Hall of Famer, and if you think both of them are then…

I won’t argue with you.

Canadian living in Ukraine View all posts by Brendan